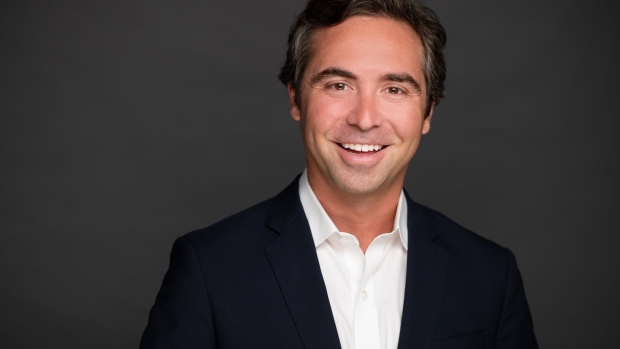 (Bloomberg) — Hunter Merghart comes from a traditional finance background, having spent over a decade on equity trading desks in New York at investment banks including Credit Suisse Group AG and Barclays Plc. But, like many of his peers, he became interested in the crypto market and made the transition to that world in 2018.

“I really saw it — even then — as a new emerging asset class and market to develop,” says Merghart, 36. He joined Luxembourg-based Bitstamp, one of the oldest cryptocurrency exchanges, as head of U.S. operations in April 2019, helping to open its New York office.

The coronavirus has forced his New York team to work from home — but, he says they’re keeping up with the ever-evolving trends within the cryptosphere. What follows is a condensed interview on key themes Merghart and his team have been clued into:

What Clients Are Asking:

Bitstamp has more than 4 million users globally. When Merghart speaks with clients on the institutional side, he’s asked about how they can more efficiently trade on the exchange and how Bitstamp can offer regulated derivatives. For retail investors, the demand is a bit different: They want to explore the ecosystem and find ways to participate — and often ask for easier access to various crypto products.

“So for us it’s, ‘OK, let’s think about high-quality assets that we can offer to retail in a regulated manner,” he said. “You’re starting to see movement on that in the U.S., but retail in general wants to explore this, just like they wanted to explore the early days of the internet. It’s just how do they get trusted counter-parties to do that with.”

On Potential Implications of CBDCs:

Some of the world’s major central banks teamed up earlier this year to assess the potential development of their own digital currencies, an argument that’s gained steam as policy makers try to keep up with new crypto and blockchain technologies. Proponents argue that CBDCs, as they’re known, would allow for the creation of a digital form of fiat money that could become widely available to a large swath of users.

They might have a place in the world, especially if they help expedite the movement of money between users and across borders, says Merghart. “Maybe as a stop-gap solution, these central bank digital currencies could be a good solution.”

China has begun a pilot program for an official digital version of its currency, Bloomberg News reported. Some proponents say it could bolster the government’s power over the country’s financial system. Merghart cites privacy concerns. Putting everything on a centralized ledger could mean a lack of privacy on transactions. “So a blockchain or other distributed ledger would not be required or useful — even though they were the original inspiration for the concept,” he said.

On the Rise in Stablecoin Usage:

Stablecoins — or tokens pegged to other assets that are designed to be less volatile — have seen an increase in usage in certain corners of the market. Merghart has a simple answer as to why that might be happening: “It’s ease of use.”

ESG on the radar – INTHEBLACK